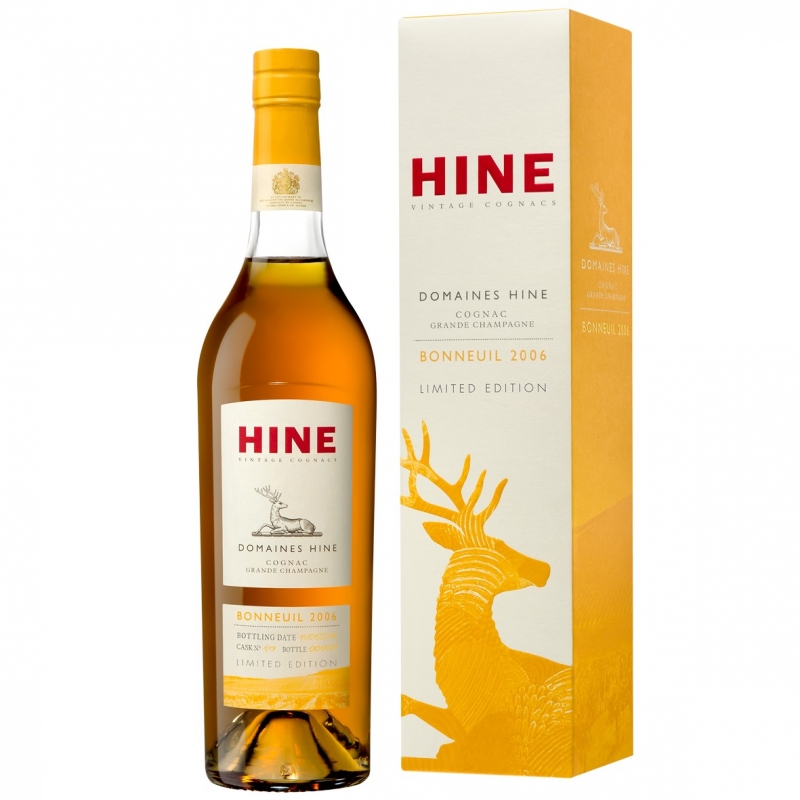 It is an unblended cognac from a single harvest, providing the purest and most accurate expression of the Grande Champagne's chalky terroir.

Its guiding philosophy is to remain as close as possible to the wine itself and reveal the distinct character of the soils from which the vines draw their identity.

Conveying an incontestable sense of joy, Bonneuil 2006 is reminiscent of Jules and Jim running behind Catherine in the François Truffaut film.

A subtle mineral tension that is characteristic of the young cognacs from these plots highlights notes of toasted bread and recalls a longing for mirabelle plum tart...

The extraordinary calls for a little risk here and there. Serve frappé with oysters in the dozen, a plate of Pata Negra ham or veal tartare.

Chilled and almost syrupy, the cognac doesn't lose its taste; instead, its flavours unfurl little by little, the richness created through distillation on fine lees blending superbly with these culinary delights.